Hello! I hope your week is flying by! If you are reading this, I survived my speech on Tuesday.

I wanted to take some time to introduce you to a new product from Concord and 9th. I know, I feel like a C&9th sales person. I promise they aren’t paying me, I just Love their products.

In all honesty, the only reason I have these tintables is because they were included in the February release bundle. Otherwise, I would not have purchased them on their own. That being said, I was presently surprised. I was smooshing some Distress Oxide inks last weekend and decided to pull some of these out to test.

Let me explain what the tintables are. They are cards with patterns and images added to the cards and work as ink resist. There are three patterns and one sentiment. Here are the patterns, with Distress Oxide ink smooshing. 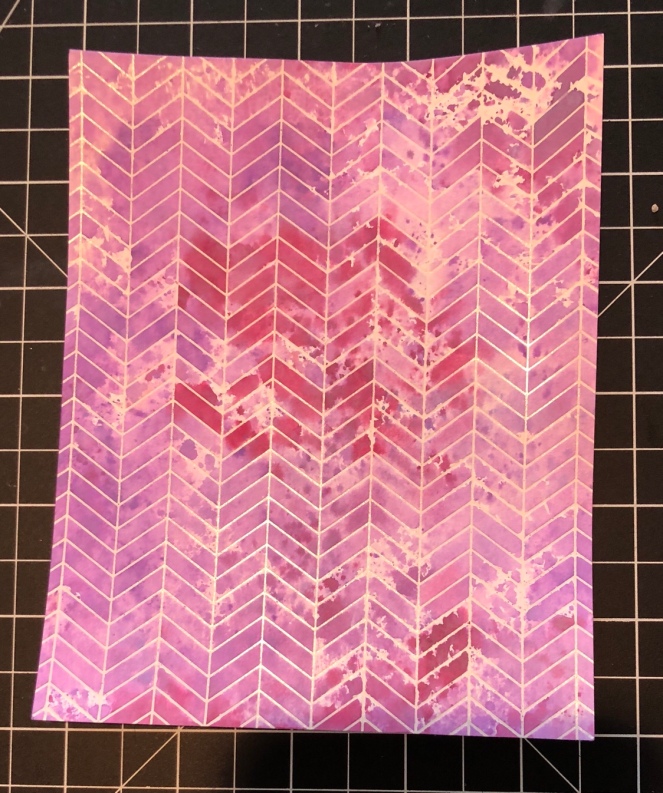 I didn’t smoosh any ink on the sentiment card until today, when I went to make them into cards. My daughter picked out the colors. 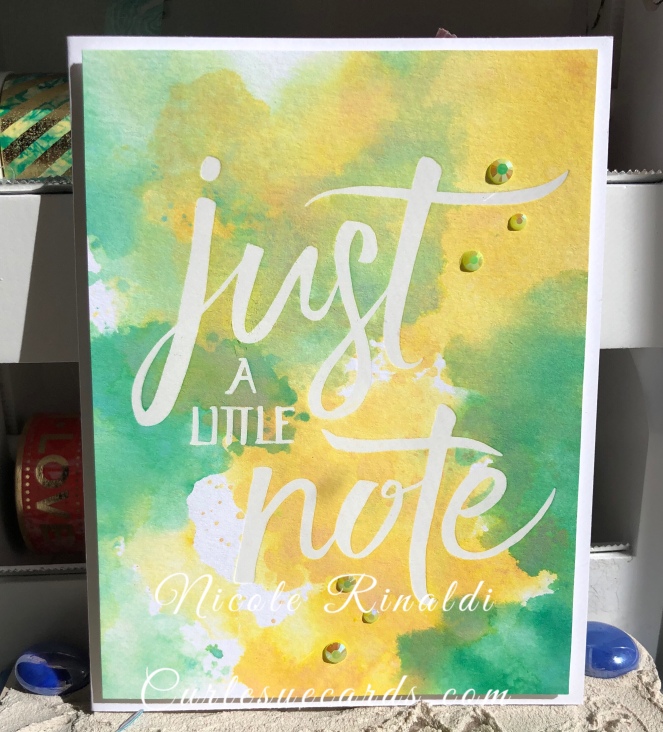 We used Lucky Clover, Cracked Pistachio and Fossilized Amber. I kept this card simple, adding it to a Neenah Classic Crest Solar White card base with fun foam. There are Lucy’s Cards Lime Mix jewels to finish the card.

On this card I used Broken China and Mermaid Lagoon. I immediately thought of the ocean and decided to use some Hero Arts My Monthly Hero Stamps, from the May 2017 kit. These stamps were recently re-issued with the new catalog. I colored the images with Copic markers and die cut the seaweed from Simon Says Stamp’s Aqua glitter cardstock.

I used a vellum circle to anchor the images and to stamp the sentiment. I stamped the sentiment in Versafine Onyx ink and embossed with Wow Hologram powder.

The mermaid and fish were added with foam tape, and I added Clear Iridescent Jewels to finish the card. I used the images to hide the double sided tape used to attach the vellum circle. 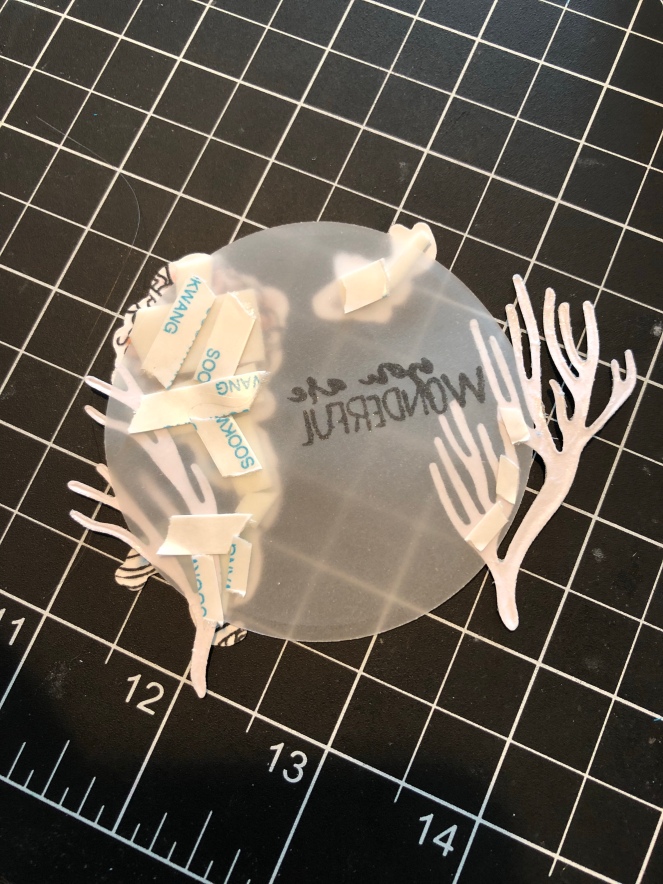 More Mermaid Lagoon and Salty Ocean for this card. I used the Everyday Circles to cut out the Circle from Neenah Classic Crest Solar White Cardstock and another Circle from Gina K Designs Blue Raspberry. I added the circle with foam tape, along with some Clear Iridescent jewels. 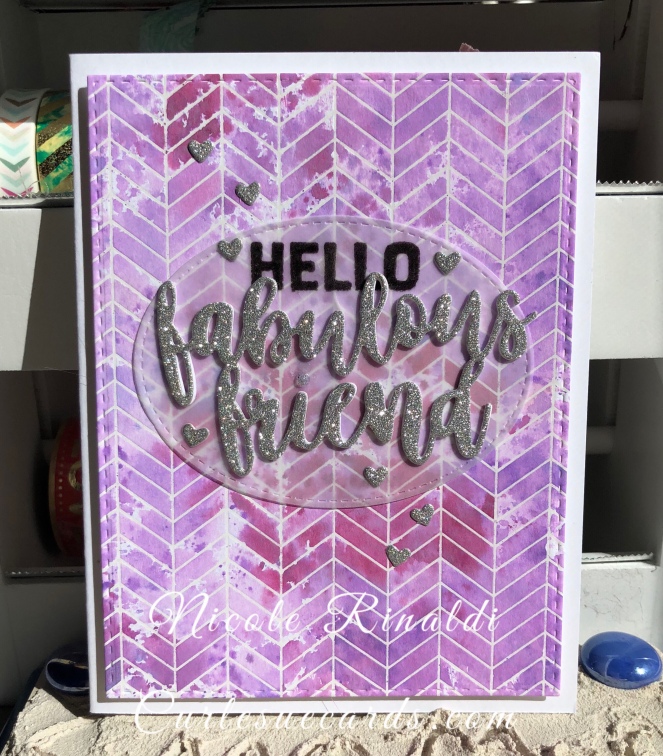 Last but not least, we have my favorite card! This one has Seedless Preserves, Wilted Violet and Faded Lilac ink. I used more vellum, this time an oval, to anchor the sentiment. “Hello,” was stamped with Versafine Onyx ink and embossed with Clear powder. The Hello comes from Everyday Greetings, and says “Hello, Friend.” I masked off the parts I didn’t want before stamping.

I used the same trick with the vellum and the adhesive, hiding the double sided tape behind the sentiments.

The rest of the sentiment is from Fabulous Phrases, and was die cut from MFT’s Silver Sparkle cardstock (along with the tiny hearts). I also die cut the sentiment a couple of times from Neenah Classic Crest Solar White cardstock, so I could layer them for dimension. I used the tiny hearts to embellish the card.

I had a lot of fun with these! They may not have been my first choice, but they won me over! I see the possibilities now. I think you’ll be seeing more of these in the future.

Thanks for stopping by!